“The future belongs to those who believe in their dreams.”

In the United States of America, where I currently consume oxygen and frozen desserts, it remains something like social suicide to be on the other side of anything. Unless you’ve got a lot of people on your side, as well. In which case one wonders how much of the rage is really about the desire for conformity. “Pick a side, or else.” Obvs.

We’re all waiting for sanity, hopeful the swirling pieces will eventually move to our side of the lines. Wouldn’t that be a relief? To know you were not only right all along, but to also know everyone will agree with you in the end. True bliss. 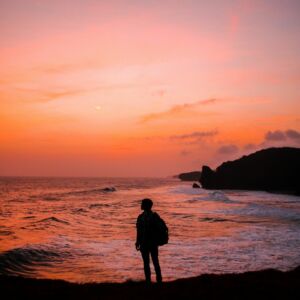 Perhaps one day there will be a play: Homogeny, The Dream. It will have to be set in the future, when the taste and benefits of meat have been fully translated to the vegan menu. The play’s cast can only be made of undifferentiated multiracial pansexual and asexual genderless people who insist We Are All One, and hold no political party affiliation. At the end the characters kill each other over their musical tastes. It ends with the narrator’s reassuring conclusion that true harmony can be achieved. Everyone just needs to accept music should use 4/4 time and the key of C. Humanity inches toward utopia once more.

The point being, right now it’s not feeling very safe to declare yourself if you’re rowing your own boat in your own direction. Best to keep your homemade flag folded under the seat. As Dr. Phil might ask, “And how is that working for us?” Pan to the news, where an angry crowd surrounds the latest thing in flames. Right now YouTube has every possible version of Let’s Be Happy Somehow fighting for space with every version of WTF?!

Given the state of the world, the one thing we might all agree on is Confusion.

According to the news and documentaries, UFO’s are apparently real and aliens have been here a long time. Love’s become a casualty of doctrine as religion struggles to persuade the new kids. The rationalists – in a bitter twist of fate – find themselves insisting Science will save us if we just have enough faith. Mental Health institutions have moved us from exploring our depths, to maintaining our productivity and insurance premiums. Profit, the spice, must flow. The only part of our reality that hasn’t changed in two thousand years is politics, comforting absolutely no one.

My foolhardy social commentary aside, I feel like a guy who wakes up not knowing what year it is, wondering aloud, “Does anyone care why they’re here?” The answer, of course, is that everyone has an idea about that. But the consensus isn’t strong enough right now for everyone to feel safe talking about it. The trendsetters haven’t finished sifting through those particular Google searches. In the meantime, while the marketing focus groups determine how you should brand yourself, to declare a truly unique perspective is to spray paint a bullseye on your Instagram account, you naive daydreamer.

What’s all this about? What are you digging into, here, Mr. Blogger? Aren’t you a mental health “professional?”

In my fifty plus years, I’ve never before seen the culture more definable as “Be yourself – No not like that.” Perhaps more than ever, the sanest path in the world seems to be the one helping you figure out who you are – your unique version of Self. Because if you don’t, the think tanks analyzing your statistics will work it out for you. We’ve become clusters of data herded toward skin-tight pre-fab identities, each with their own corresponding marketing strategy. Imagining you’re a 21st century hippie? There’s a handbag and a car for that. 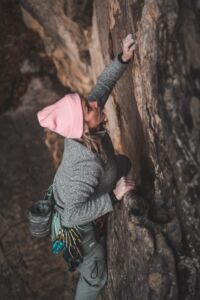 The old ones, the “greats” such as William James, Carl Jung, Joni Mitchell, and every one of the punk rock gods warned us about this. Poets bled, singers screamed, and our Jovian Wachowski queens only have so many movies left in them.

Falling aimlessly into an identity born of others’ meaning-making is a recipe for things ungood. Whatever color pill you choose, color it yourself.

Rage against the machine, do not go gently into that good night, and keep your precious inner light safe. You don’t have to become another shiny consumable in a crappy social-engineering-experiment-turned-debtor-factory. As Hunter S. Thompson said, Freedom Is Something That Dies Unless It’s Used.

What is the sanest path in your inner world? What’s the version of you that makes sense from one side of yourself to the other?

You have stories no one knows. Dreams and wisdom and magic. Love and hope and a crazy beautiful awe that shows itself when no one’s looking. There’s a glorious being in there. Let it emerge from this flaming heap we call civilization. There’s nothing freer than your own heart, and there’s nothing more yours. Turn it inside out and you change the world. You imprint something unique onto the collective.